Home - Blog - White Noise Apps and Machines – Could They Help You Sleep Better?

White Noise Apps and Machines – Could They Help You Sleep Better? 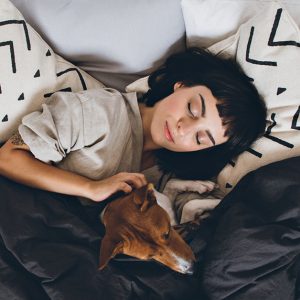 Have trouble falling asleep or staying asleep through the night? If so, you’re not alone. The Centers for Disease Control and  Prevention documents that 28-45% of Americans aren’t getting their full seven hours of sleep at night. The sounds produced by white noise machines and apps may help restless sleepers find relief.

What Is White Noise?

Fans and air purifiers emit a type of noise that’s produced when all the sound frequencies detectable by the human ear are combined. Known as white noise, this sound is often described as thousands of musical tones playing simultaneously, making it impossible to pick out any single note.

The word white is used to describe this mash-up of sounds because white noise is the audible equivalent to white light. Just as white light is composed of all the different colors, white noise is a combination of all sound frequencies. The sound of waves crashing against the shoreline is a type of white noise, and many white noise devices and apps are designed to mimic that sound.

How Can White Noise Help With Sleep?

Because it’s impossible to pick out one particular tone when listening to white noise, the noise tends to mask intermittent, inconsistent sounds. For some people, white noise acts as a screen that helps block out sounds that can make it difficult to fall asleep and maintain a deep, restful sleep. Studies on patients in critical care units found that using white noise devices helped mask the background noises in the hospital, letting patients sleep sounder with fewer interruptions.

During sleep, your hearing still works. Light sleepers often complain that they have trouble ignoring sleep-robbing noises such as barking dogs, car alarms, horns and trains. Sounds generated within their own home, including a snoring bed partner, can also make it tough for some folks to get a good night’s rest.

White noise creates a consistent background sound that some people find to be soothing because it effectively overrides disruptive intermittent noises. While listening to white noise during sleep doesn’t totally block out unwanted sounds, it can give the brain a constant sound to focus on, and that can reduce unwelcome awakenings triggered by inconsistent, jarring noises.

Put another way, your brain doesn’t work to process white noise in the same way it does random noises, and that can help you get a better night’s rest. A small study of 20 infants aged 2 to 7 days old found that 80% of the infants fell asleep within five minutes when listening to white noise, while just 25% fell asleep in the same amount of time without being exposed to white noise.

What Are White Noise Machines and Devices?

A simple tabletop fan generates the type of noise many people find they need to block out intermittent sounds while they sleep, making fans a type of white noise machine. Unfortunately, fans don’t work for everyone who needs steady background noise to sleep because the extra air circulation generated by the fans can be counterproductive to sleeping.

There are now a number of white noise machines, also called sound machines or sound therapy devices, that are small, self-contained and exceptionally energy-efficient. These devices range in price from under $20 to well over $200 and offer a range of features.

Some of the common options found in white noise machines include:

Most sound therapy devices offer several different sounds that mimic natural environments, city sounds and steady electronic noises. White noise devices have become so popular that they are commonly offered by hotel chains, such as the Intercontinental Hotels and Resorts, which lets guests create their own mix of sounds.

If you’d prefer to use your smartphone or tablet to generate white noise rather than investing in a dedicated sound therapy device, there are apps that offer the same features as a stand-alone white noise machine.

Free white noise apps are available for Android and iOS, although these no-cost apps tend to have relatively limited features and options.

Upgrading to paid white noise apps will cost anywhere from $0.99 on up, and paid versions usually include a range of customizable features such as timers, alarms and the ability to bookmark favorite sounds. Some apps also offer white noise sounds designed for use when meditating, studying or other non-sleep activities.

If you’re having difficulty falling asleep or staying asleep, white noise may be a possible solution. Whether you use a specially designed device, fan or an app, the resulting background sounds could be your ticket to a peaceful night.